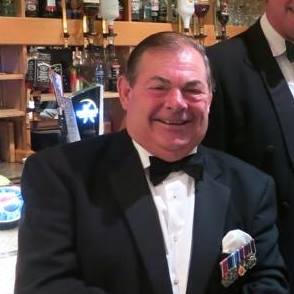 Born on the 9th November 1950, I joined the Grenadier Guards as a Junior Guardsman at Pirbright, Surrey on 10 May 1966 and had the Regimental Number 24048749. The Company Commander was Major R.A.G. Courage (Rags as he was affectionately known).

Having passed out of the Recruit Platoon (LSgt Ziech McLenahan, Irish Guards), I came under the watchful eye of Sgt. (Shakin’ Stan) Holloway and LSgt (Stan, the Man) Halford. During my time in the Junior Guardsman’s Company I was in the Corps of Drums and rose to the dizzy height of Junior Drum Major under Les (excused boots) Mayhew.

On passing out of the Guards Depot I joined the Corps of Drums of the 1st Battalion at Caterham Barracks prior to a nine months tour of Sharjah (where the Corps became the Recce Platoon). The late Major Peter “Pierre” Lewis MBE. was the Sergeant Major and Peter (Tick Tock) Hodgkinson MBE. was the Drum Major.

I remained with the 1st Battalion for 13 years with the exception of a very good tour as a Regimental Recruiter at ACIO Lincoln – the town of my birth. Whilst with the 1st Battalion I completed four tours of Northern Ireland and served in the Trucial Oman States, Kenya, Germany, Berlin and Great Britain (Public Duties).

I transferred from the 1st Battalion stationed in Berlin to the 2nd Battalion stationed in Münster on promotion to CSgt. Once again friendships blossomed and I became a member of a trio known as ‘Freeman, Hardy and Willis’ (CSgts. Tuck, Burke and Bradley). Tours of duty included Germany, Canada, Belize, Cyprus, Northern Ireland, Chelsea and Caterham where I had the privilege of being the Quartermaster Sergeant to two more good friends – Captain Peter Dunkerley MBE and Major Rick (Basher) Kitchen MBE.

I thoroughly enjoyed being the RQMS ‘Big Kevin’ Fairchild was the Sergeant Major, Steve Marcham the A/DSgt. We were known, particularly during administering of Bisley’ 88, as the ‘Sundowners’ (something to do with our socialising!). Yes, ‘work hard, play hard’ is a good motto.

In 1990 I was promoted to WO1 and became the Sergeant Major of The Royal Military School of Music, Kneller Hall, Twickenham. What an honour and privilege! I again enjoyed myself to the full. This was partly due to a time of great change in Army Music that afforded me some wonderful opportunities and lasting friendships. Colonel D.R.P. Lewis (Welsh Guards) was the Commandant, Major John Saville (Coldstream Guards) the Adjutant and Lt. Colonel Frank Renton RA, the Principle Director of Music.

I believe, due to my being brought up in the Salvation Army, that I achieved two precedents – to be the only RSM to have played with the school band on the Rock (Bandstand) and to have conducted the full band!

I was commissioned into the Regiment in February 1992 (Commission No. 539631) and joined the Welsh Guards as Motor Transport Officer for the first eight months of their two year Northern Ireland tour at Ballykelly, Co. Antrim. What a wonderful time I had with them and an excellent introduction to commissioned life!

I then returned home to the dear old 2nd Battalion and to my favourite UK posting, Caterham. I spent a wonderful two years as Families Officer and Transport Officer. Again, joining a splendid team with Rick Kitchen and Barry Inglis as Quartermasters and Stephen Dehnell as the TQM.

Events such as the Wives Club abseiling from the roof of St. Thomas’s Hospital and the Royal Garden Party on the cricket green spring immediately to mind.

My penultimate posting was as Training Officer at the Royal Electrical and Mechanical Engineers Army Apprentices College, Arborfield, which was a real challenge! Jeff Rowell (Bubbles Bon Bon) was the Grenadier Sergeant Major and we instigated some Household Division standards!!

The highlight of my time at Arborfield was becoming the Company Commander of H Company, the Senior Apprentice Company of some 140 in strength. This was a tremendous year, the Company won the Drill Competition, Athletics and March and Shoot Competition making a fitting end to my career of thirty-two and a half years as a serving Grenadier.

I am married to Mave and live in Kent with my family.