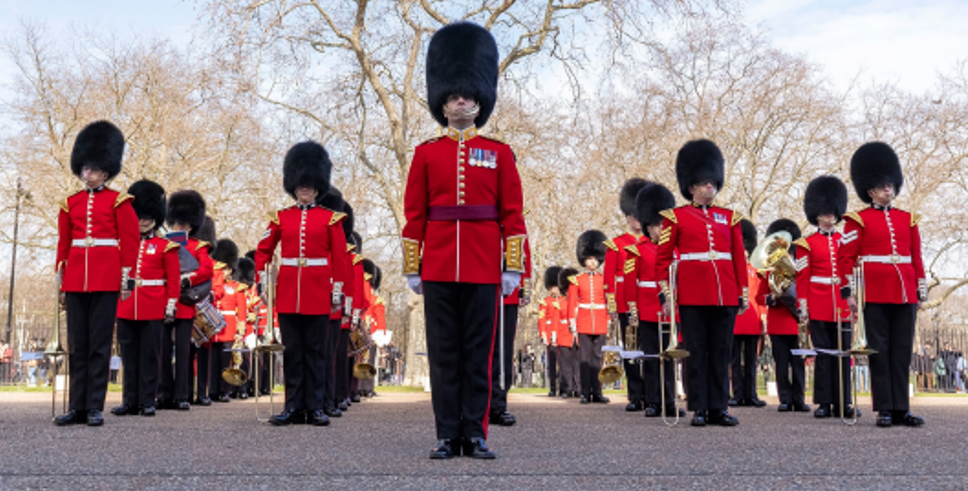 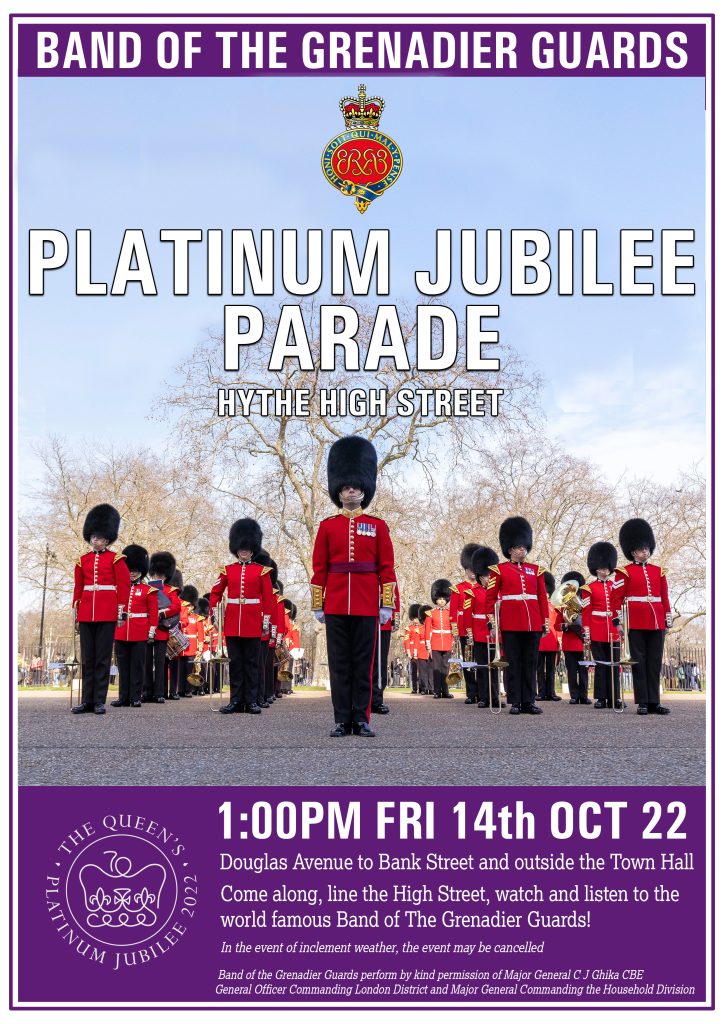 This afternoon, at 1 pm, the Band of the Grenadier Guards will march along the pedestrianised section of the High Street in Hythe, Kent before halting outside the Town Hall to play a short selection of music to the assembled crowds and shoppers.

This will be a rare and spectacular opportunity to see the Band in Kent during the Platinum Jubilee Year of Her Majesty The Queen.

Come along, line the High Street, watch and listen to the world famous Band of the Grenadier Guards!

In the event of inclement weather, the event may be cancelled.