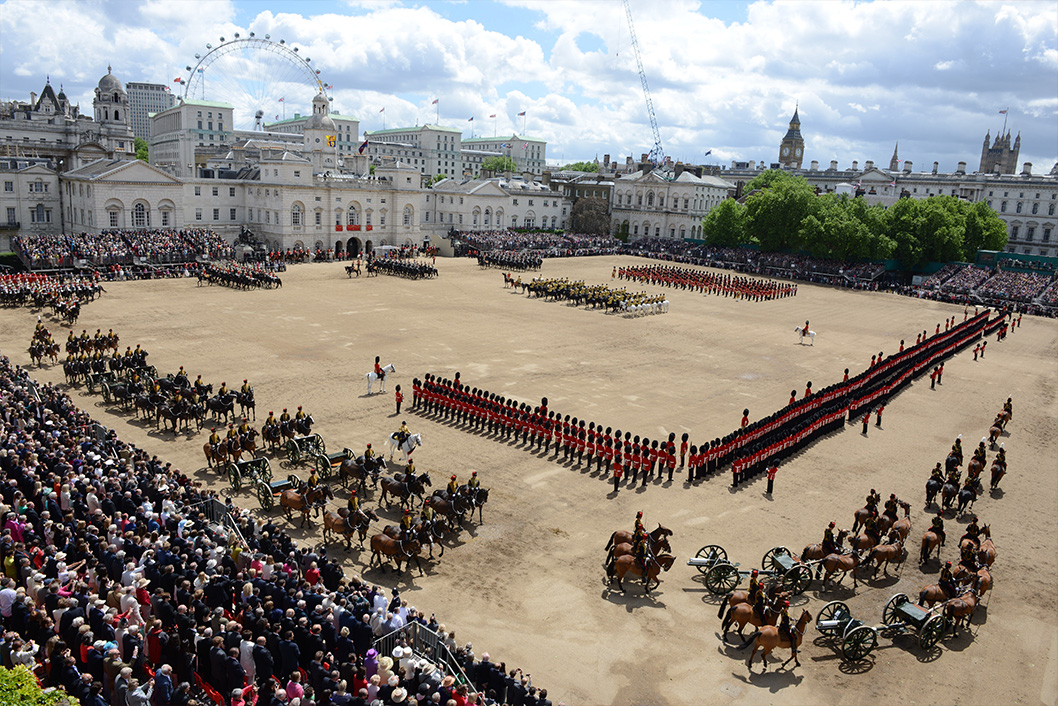 Not a Branch organised event, but is advertised here as it is an event of great military interest.

In 2022, the Queen will become the first British monarch to celebrate a Platinum Jubilee, 70 years of service, with celebrations starting with Trooping the Colour.

There will be a year of Platinum Jubilee celebrations across the United Kingdom, including an extended bank holiday from Thursday 2 to Sunday 5 June 2022.

Trooping the Colour, an annual event that has marked the sovereign’s official birthday for two-and-a-half centuries, is usually held on the second Saturday of June, but for 2022 it has been re-scheduled to be part of The Queen’s Platinum Jubilee Central Weekend 2022.

The parade will feature more than 1,400 parading soldiers, 200 horses and 400 musicians. Beginning at Buckingham Palace, the Parade will move down The Mall to Horse Guard’s Parade, where it will be joined by Members of the Royal Family on horseback and in carriages. The Parade will close with the traditional RAF fly-past, watched by The Queen and Members of the Royal Family from the Buckingham Palace balcony.

Tickets are available by public ballot and applications should be submitted via https://qbp.army.mod.uk/ in January and February 2022 only. Successful ballot applicants are usually notified in March.